Article source: SABC
The wild fire which was started by an outsider caused panic and alarm to many.

Between five thousand and eight thousand hectares of the Pilanesberg National Park, near Rustenburg in the North West have been destroyed by wild fires that have been burning for three days.

The fires have spread to various parts of the park, making it difficult for fire fighters to completely extinguish them. The park, which prides itself on some of the big five animals including elephants, went up in flames after an outsider started a fire after collecting rubbish from his yard and burning it.

Pilanesberg National Park manager, Johnson Maoka says the fire has been raging for about three days but fortunately there have been no injuries or casualties of both the animals and visitors. 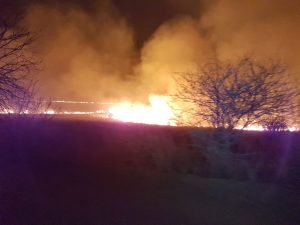 “There was heavy smoke on top of the mountain, after inspection it was discovered that someone from outside the park was cleaning the yard and burnt rubble which caused the fire. Strong winds blew the fire into the reserve and went up the mountain. After watching the reserve with a helicopter to assess the situation, all animals and people were saved.”

Maoka says there are teams which have been dispatched to the area to control the fire which can hopefully be extinguished .

Visitors were continuing with their wild life experience visits. Animals were also seen at other parts of the park gracing without panic. 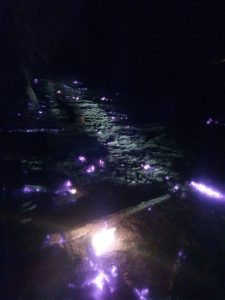 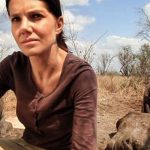 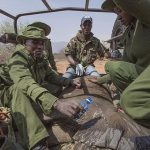 How future tech is helping elephants